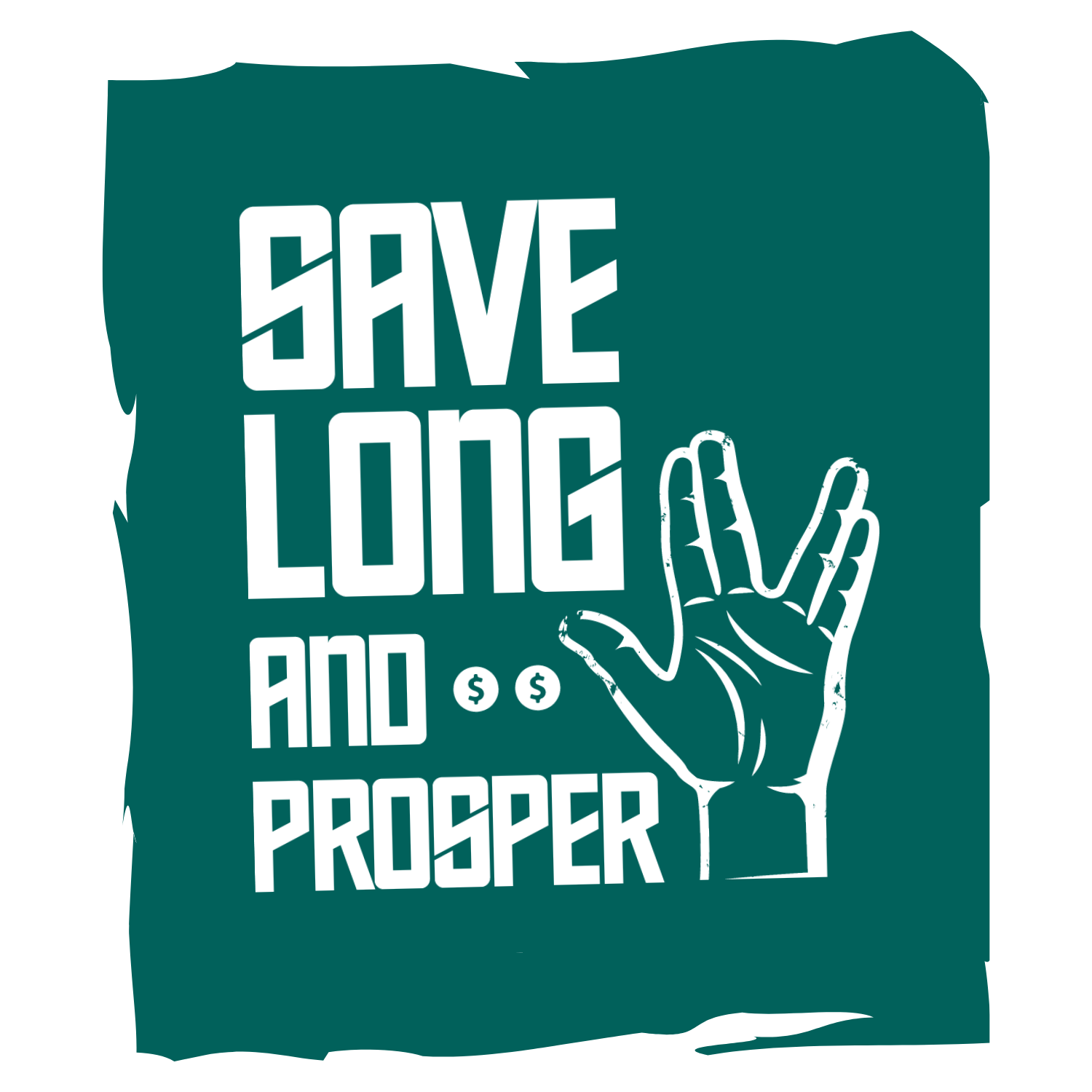 Finally, we’re getting down to business.

It’s good to have lowered our expenses and increased our income, but what do we do with the balance at the end of the month?

While it is almost shameful to save money in Quebec, it is essential to talk about it (and do it) if we’re hoping to reach financial independence someday. No more saving shaming, to use Pierre-Yves McSween’s dramatic expression.

Contents hide
1 You Gotta Treat Yourself!
2 The Calculation Method
3 The Power of Saving
4 Savings in Québec
5 My Savings Rate
6 Financial Independence Is on the Horizon
7 What’s Next?

You Gotta Treat Yourself!

If you’re like most people around me, then you’re having a hard time leaving a single dollar in your wallet without spending it. These people constantly justify these expenses on behalf of a “treat” or a “small gift” they make for themselves (a latte, anyone?).

I don’t know about you, but unnecessary expenses that come back every week (or even every day) are no longer treats, but rather a (bad) habit.

We have to break this pattern. It’s that kind of mindset that renders people dependent of a job until age 65 (and beyond), with QPP/CPP and OAS as sole retirement income.

You have to understand that only a few percentages of savings can represent years of hard work!

Do you know Mr. Money Mustache? I can’t really talk about financial independence and early retirement without mentioning him. He managed to retire at 30, and became one of the first prominent bloggers on the subject.

If there is one of his articles worth mentioning here, it’s The Shockingly Simple Math Behind Early Retirement.

In this article, he presents a (shockingly) simple table that predicts the time left before financial independence based on different savings rates.

The table is based on:

You can also play around with this online calculator, which Mr. Money Mustache based his chart on.

Go ahead, see how much time you need to work before reaching FI.

Perhaps you are wondering how to calculate your savings rate?

Let’s keep it simple. First, consider how much you manage to set aside from each paycheck.

If the amount is zero, then the savings rate is obviously 0 %. Unless you have a pension plan offered by your employer, it means you’ll have to work forever, or settle for the QPP/CPP and OAS as sole retirement income.

Then we’ll use your net pay (after tax). Take the amount deposited into your account every week or two weeks by your employer. Of course, for the self-employed, it can be more complicated. In this case, the best would be to estimate.

Then you apply the simple mathematical rule:

Some people like to think of debt repayment as (forced) savings and include it in the calculation. As a result, the savings rate is inflated (and it possibly helps people sleep at night). However, it is not relevant in our calculation. While it does increase your net worth, it will not give you passive income in retirement.

So, if we keep it simple with the previously mentioned formula, someone who receives $1,500 and sets $300 aside has a 20% savings rate. There is $1,200 left to cover expenses until the next pay.

According to the calculator mentioned above (or Mr. Money Mustache’s table), someone with zero net worth who starts saving 20% of their net income will have to work for 37 years before they reach financial independence. For example, if that person is 18, they can expect to retire at age 55. That’s already considered early retirement!

This person would be financially free at 46.

It might just be worth changing mobile phone plan after all.

The Power of Saving

While striving for financial independence, your best ally will be your savings rate.

Before you read this post, you might have thought that what mattered was investment returns. Although not insignificant, we unfortunately do not feel the effects straight off the bat. It is later in the process that return has an essential role.

Keep in mind that return doesn’t matter when you’re only just starting to save. Making 10% return on $0 is still $0. So we have to focus elsewhere. That elsewhere being our savings rate.

For example, my sister only started to save and invest seriously this year (I like to think I have some influence!). Although she’s getting close to $30,000 in savings already, she sees very little return. Indeed, even if she were to make a 10% return, it would still only amount to $3,000 in gain. While it’s nice to realize you made $3,000 without even working, it’s not what really makes your portfolio grow fast.

In her case, what really makes the difference is the 60% she saves on each pay. By the end of the year, her investments will have increased by $20,000-30,000 only from saving.

In November 2019, we were told that Quebecers’ savings rate was at its highest level in 23 years. We were proud to see that Quebecers had never put so much money aside. (French source)

Wow! Quebecers are getting their personal finances on track! And what would this incredible savings rate be?

Someone starting from scratch, saving this little, can expect to work more than 60 years before reaching financial independence.

On the other hand, 2020 has given us many twists and turns. Against all odds, the savings rate recorded by L’institut de la statistique du Québec from April to June 2020 was at its highest levels for the past 40 years. Indeed, Quebecers managed to save nearly 35% of their net income in the midst of the crisis.

Now we’re talking! A 35% savings rate equals 25 years of work. Imagine if that became common? Early retirement would then be the new norm. 😉

However, this record savings rate is mainly due to mortgage and other debt deferrals. Thus, when normal debt repayment resumes, the savings rate will fall back to the pre-pandemic rates.

Let’s just hope that Quebecers have taken a liking to saving.

I have not always been a very conscientious saver. Prior to 2017, my voluntary savings rate (i.e. excluding employer pension/RRSP contributions) was 0%. I didn’t have an individual RRSP. The TFSA I had, I was making withdrawals as I went along.

After that, I started saving little by little. I didn’t record everything from the get-go, so the best I can do is estimate. I can estimate my 2019 savings rate to be around 27%. In 2020, I estimate I’ll reach 51%. Now I record everything (and I mean everything), so I should be able to give you accurate numbers in my future annual reviews. 🙂

For someone starting from a zero net worth, a 51% savings rate amounts to about 17 years of work. For someone saving that much at a young age, early retirement is inevitable. 😉

In my case, with more than $100,000 invested already, we’re talking about 10 years of work before reaching my goal. Leaving the corporate world at 39 wouldn’t be so bad!

However, my savings rate calculation does not include my (non-negligible) Defined Benefit Pension Plan (DBPP). Currently, my DBPP contributions are about 8-9% of my gross salary, without counting my employer’s contribution.

After quitting, I plan to take the commuted value and invest it in a Locked-in retirement account (LIRA). My pension’s minimum commuted value is 175% of the employee’s salary contributions plus interest. These “forced” savings substantially brings me even closer to my goal.

Finally, I estimate that I’ll be able to save at least 60% of my income in the coming years, once my car is fully reimbursed. Plus my salary should continue to increase every year!

So, considering the investments I already have, my DBPP and a future savings rate of 60%, I actually estimate 6 years before financial independence. We are talking about an early retirement at the ripe old age of 35! 😉

Financial Independence Is on the Horizon

Do you understand the power of saving now? Financial independence awaits you! With each additional percentage of savings, you reduce the time you have left in the workplace! The phrase “Time is money” makes perfect sense now, doesn’t it? When $150 every two weeks means nine years of work, it’s worth making changes.

The best way to painlessly increase your savings rate is to automate. On payday, set up pre-authorized transfers for the savings rate you’re aiming for. Then you only spend what’s left. This is called paying yourself first.

So, did you do some calculation? Are you closer to your goal than you thought? Financial independence is possible. Don’t doubt it.

Things are only impossible until they’re not.

My next post will be about investing. You can save all the money you want, but if you just hide it under the mattress (almost the equivalent of putting it in a GIC, really), then early retirement will not be possible. Without a decent return, your savings would be wiped out long before you die, and we don’t want that. Once we stop working, our money has to work for us for as long as we live.

I know that investing in the stock market can be terrifying. Therefore, I will try to make the subject as accessible as possible. Anyone who neglects to invest their savings leaves (huge!) money on the table.

And I don’t like leaving money on the table.


Thanks for stopping by!

You can also support this blog by using one of my affiliate links or referral codes on different products I recommend.

Shakepay offers the easiest way for Canadians to buy and sell Bitcoin and Ethereum. Click on my referral link to open an account and we’ll both receive $10 after you buy $100 of crypto!

Also, Fizz offers fair prices every day on Home Internet or Mobile services. When subscribing, enter my referral code N5MMB, and we’ll both get $25.

Thanks for the support!

Theme by Anders Norén — Up ↑